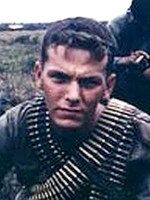 Jay joined the Army in August 1966 as he was beginning his senior year at Catholic High. Sergeant Purifoy was killed by small arms fire in battle on January 8, 1967, in Binh Duong Province, South Vietnam.